A rhythm game for two players straight out of the 80s.

Nostalgia is the secret ingredient of many indie game titles. And this one is no exception. Except, this time it does not come in the form of chip tunes or pixel aesthetics, but as revival of the 80s pop culture.

Human Aerobics is a rhythm game for two players. One player is trying to fit in with a group of dancing robots by copying their moves. However, which dancer he or she controls is unknown, since the entire group is wearing paper bags over their heads. Only a wrong move gives the dancing player away. And that is where player two’s laser gun comes in handy.

Pink pills fly through the air, offering some extra points. A mirror mode inverts all moves. And images loaded randomly from flickr are occasionally used as backgrounds. – These, and some more features have been implemented in Human Aerobic’s short development time. 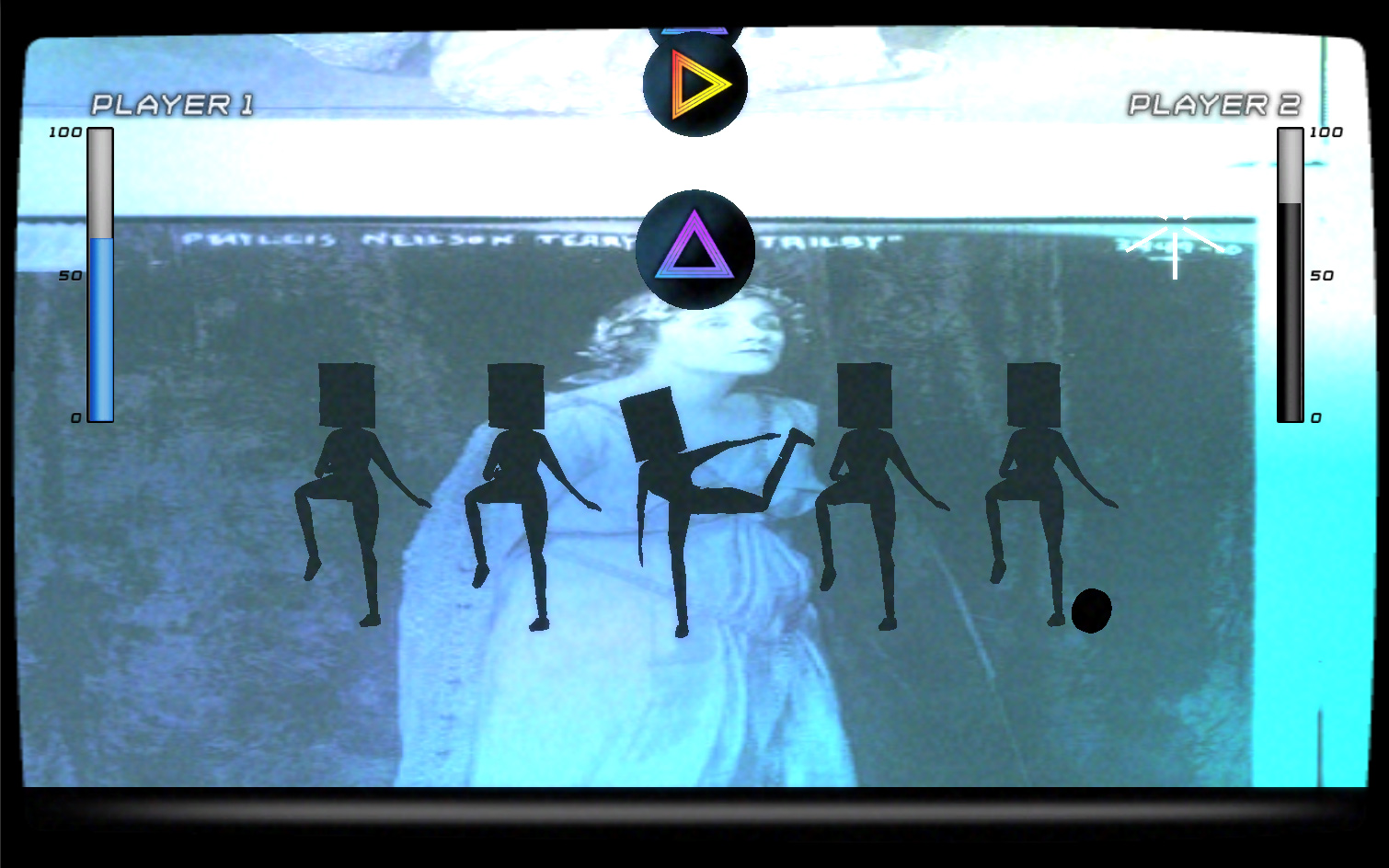 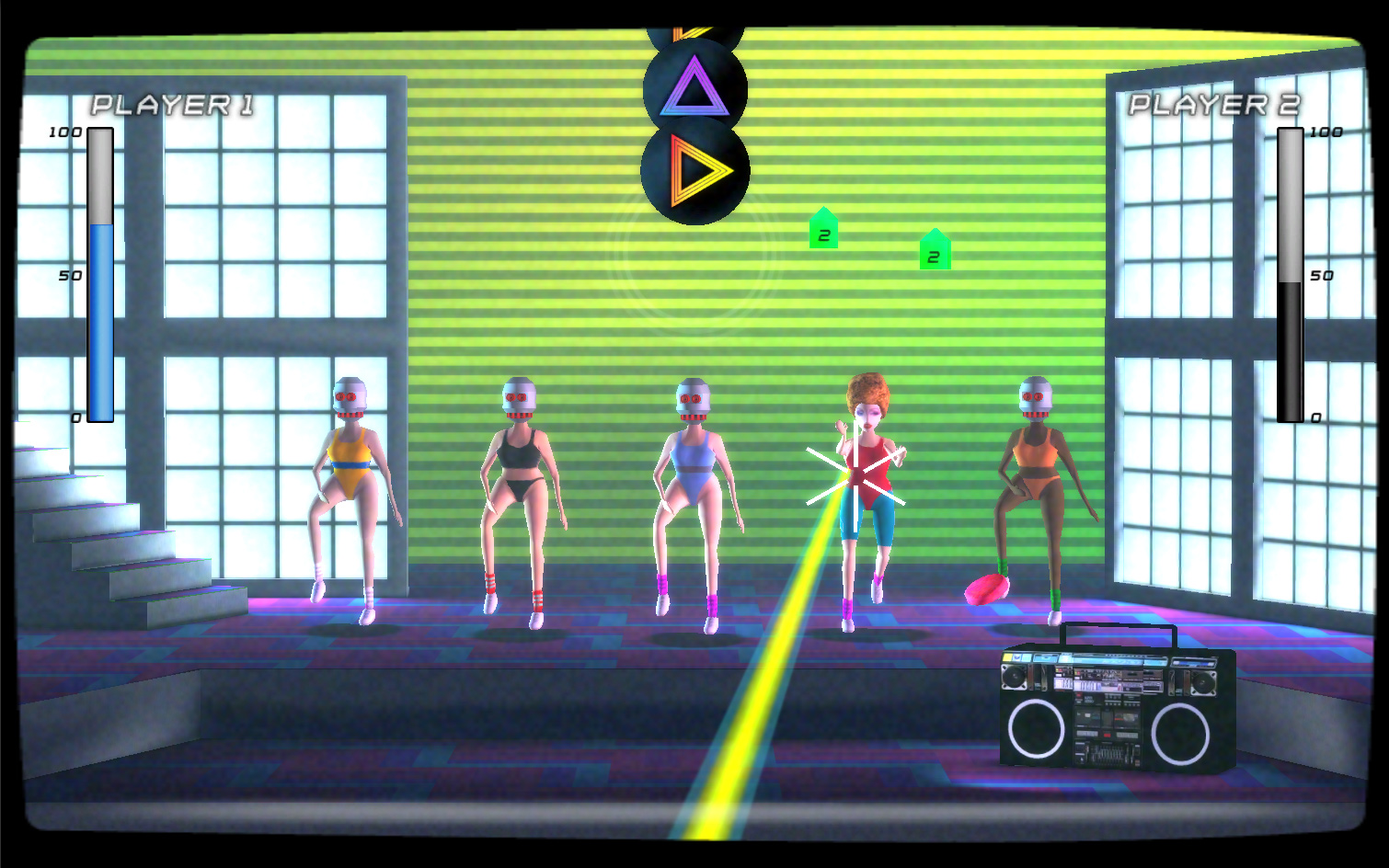 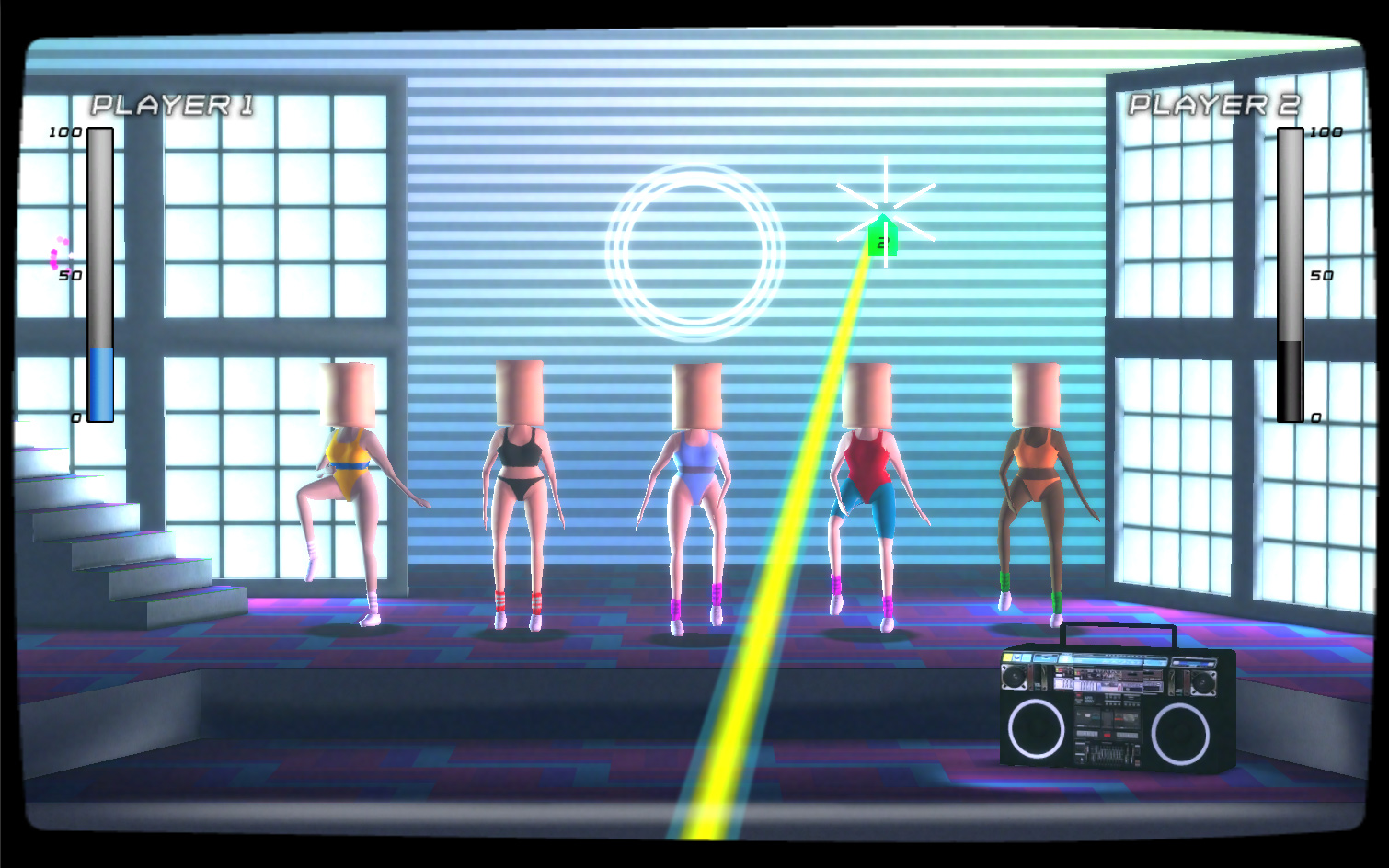